Get fresh music recommendations delivered to your inbox every Friday.

Dancing Underneath the Moonlight 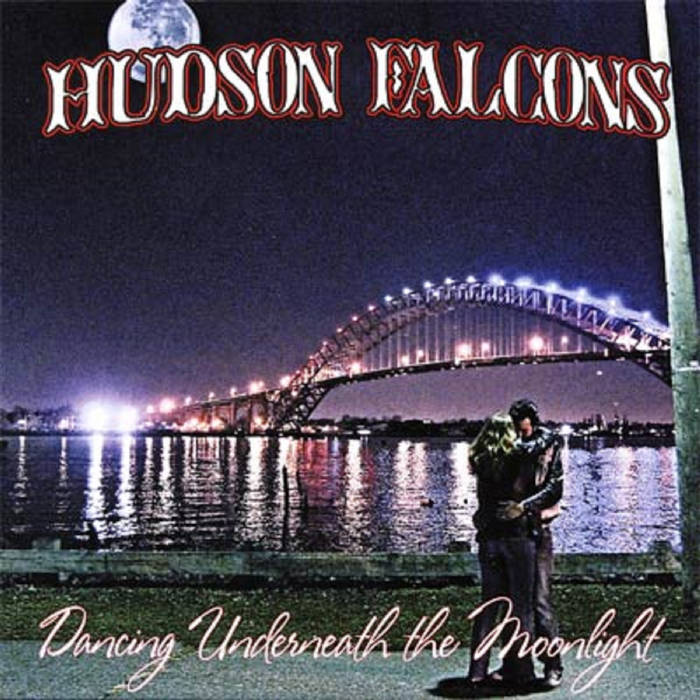 While the rest of the music world tries to figure out a way to make the 21st-century music lover aware of great bands, the HUDSON FALCONS have followed the old-fashioned route: touring, touring, touring, repairing the van, and then more touring (“Sleep, Drive, Rock ‘N’ Roll, Repeat” is both one of their songs and a HUDSON FALCONS mantra). Over the years, the HUDSON FALCONS have made a habit of offering impassioned, straight-from-the-gut performances. Regardless of the city, the turnout, or the general hazards that life on the road brings, the HUDSON FALCONS come out with all guns firing when they hit the stage, never delivering a show that is anything less than heartfelt and hell-raising. Though likely best known in punk circles, the HUDSON FALCONS don’t neatly fit into that genre—or, in fact, any genre. Linskey echoes the prevailing sentiment among true music lovers—there is only good music and bad music. And, for Linskey, good music means music without boundaries, without compromise, and without fear. For the sadly uninitiated, here’s a little of what you can expect from the HUDSON FALCONS: churning, slashing guitars; a pounding, forceful rhythm; covers of everybody from Willie Dixon to the Dictators; and, throughout, Linskey’s gritty, honest vocals, which carry a hard-earned realism most bands are never able to find. Simply put, the HUDSON FALCONS deal in honest, rock and roll songs, best heard where they were likely first formed—on the open road, with burdens getting further behind with every mile marker. Linskey and the HUDSON FALCONS will never stray from their mission to be a voice for the unsung, working-class heroes of the world, and now with the hard-rocking intensity of four full-length studio records in their pockets and “Dancing Underneath the Moonlight” on the way, HUDSON FALCONS stands poised to bring their message of truth, justice, and the Falcon way back out to the masses.

Bandcamp Daily  your guide to the world of Bandcamp